The geographical area covered by WLNSW is referred to as the Western Region and is the largest of the Local Land Services Regions in NSW, covering an area of 314,000km or 40% of the state. It is larger than Victoria and Tasmania put together. Despite its vast size, the Western Region is the least densely populated. From the total population of approximately 42,000 people, around 18,500 live in the City of Broken Hill. Throughout the Region, Aboriginal people make up approximately 13% of the population with 16 Aboriginal language groups having been identified.

Throughout the Western Region, rainfall is extremely variable. To the north of the Region, it is the summer rains that are dominant and in the southern end winter rainfall dominates. Throughout the western part of the Region (Broken Hill), the average annual rainfall hovers around 250mm. The further east you travel, the higher the rainfall with Collarenebri averages around 500mm per year.

The Western Region is an extremely diverse, semi-arid Rangeland that supports a myriad of community’s including those that utilise grazing, dryland and irrigated agriculture, mining & tourism. Approximately 95% of the Western Region remains uncleared. The condition of the landscape as a whole is quite variable due to the impacts of Total Grazing Pressure (TGP) and changes to fire regimes. Vegetation ranges from chenopod shrublands in the far west to northern mulga woodlands and brigalow gidgee in the north to mallee and murray pine woodlands in the south. The central part of the Western Region encompasses bimble box woodlands and the north east boasts coolibah blackbox floodplains.

Invasive native scrub is a vegetation issue that many landholders are mindful of and understand that it is a major vegetation issue to be managed for now and into the future. Pest management in the Western Region is also a major issue, with control programs being undertaken for dogs, foxes, goats, pigs, cats and rabbits. In many areas, pest animals threaten agricultural productivity, groundcover, native plants and animals and present a threat to Biosecurity.

Western Landcare is governed by a committed and passionate executive committee that comprises of a chair, 2x vice chairs, executive officer, secretary and treasurer. The executive committee oversee the running of on ground staff including 3x Local Landcare Coordinators. The entire Western Landcare team work closely in line with Western Local Land Services and their staff and are supported by two Regional Landcare Facilitators. 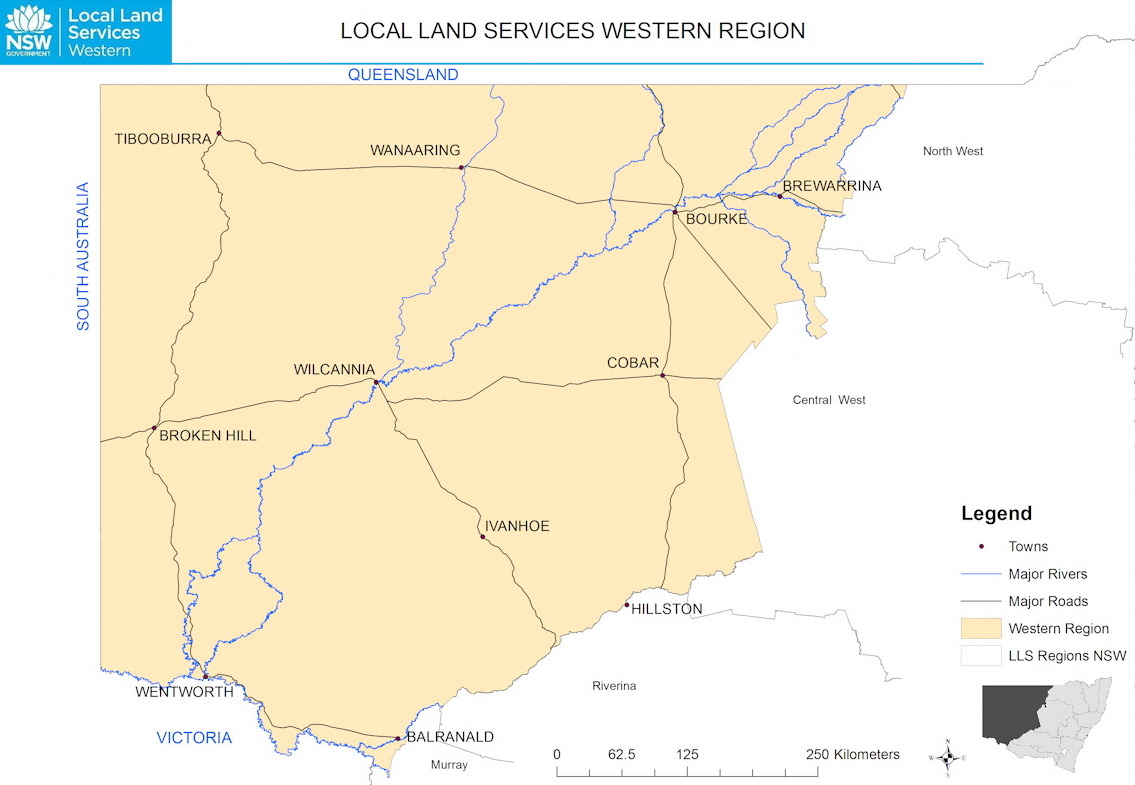